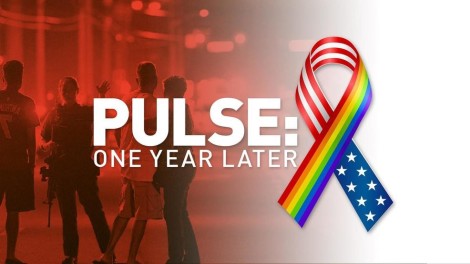 Below is the homily for June 19, 2016. (The Sunday following the killings at the Pulse Nightclub in Orlando, Florida).

Next, is the letter to the Galatians, from which we hear today. Five short chapters, and right in the middle of this foundational epistle, St. Paul has some radical things to say about what it really means to live one’s life in Christ. This cosmology is shocking to hear today. One can only imagine the impact it had on the original hearers in the patriarchal caste system and oppression of Roman law and religious power of the 1st century Palestinian world.

“You are all children of God. There is neither Jew nor Greek, there is neither slave nor free person, there is not male and female; for you are all one in Christ Jesus. You are Abraham’s children, and all are heirs according to the promise.” Galatians 3:26-29

Talk about tearing down walls! In this new “Way” of life, the old cultural distinctions no longer matter. Yet, the categories that divide us today are even greater than in Paul’s day. And the current divisions persist, not only in our polarized society, but even in parishes and religious denominations. There are divisions today that run along lines of heritage, economics (how much money and stuff you have), race, “sexual reality” (by that I mean: “S” if you’re straight, or L or G or B or T or Q!

And of course the great divider: POLITICS! My goodness… talk about adults living the least common denominator! Regardless of who is feuding whom, this is typically the way the American scandal-focused media works in skewing every story. It ain’t news… it’s taunting, gossiping with attitude, designed to enrage people and keep them angry and filled with an energy that is bitterly “against.”

Recently, a reporter was trying to pin down a woman being interviewed about her stand on a particular candidate — to figure out whether she was “conservative” or “liberal.” Refusing to be labeled, she responded by simply saying, “I am a child of God. That is what matters.” How right she is….That’s all that really matters. My new bumper sticker reads:

The Christian solution to polarizing politics: LOVE ONE ANOTHER!

But it’s so radical, nobody will go for it!
In 2015, a book was published describing the many ways the American church is in trouble. The book is titled: The Pulse of a Nation: Sound the Alarm (Jerry L. Williamson, Nations Publishing).

Fortunately, Holy ones like Pope Francis have long decried some obvious American dangers…. such as unbridled consumerism, our hesitation to enter an authentic healthy conversation about our holy Mother: Earth, and the responsibility to care for our common home. Pope Francis says, boldly and clearly: “the church is out there, with the hurting ones who don’t come to the place of pews.”

Is the Pope setting an example? He walked into a Mosque in the most violent part of Central Africa and called Muslims our br Pope is setting an example? On his birthday, he invited homeless people into the Vatican to join him for breakfast. What should we do?

Is the pope is setting an example? He went to Turkey and met with Syrian refugees living in a fenced-in camp and made arrangements for 12 of them to come home with him. What should we do?

Is the Pope setting an example? Asked about Gay people and the way that “Queer” people love each other. The Pope responded with those five famous words: WHO AM I TO JUDGE? What should we do?

The Pulse of a Nation: Sound the Alarm, outlines the terrible condition of the American church. Thanks be to God there is a Pope whose pulse is clearly pumping the blood of Life that flows from the Sacred Heart of Jesus!

Last Sunday morning, hearts stopped pumping in Orlando…the Pulse stopped. Fortynine beautiful Gay children of God, shot and killed, their lives ended, their desire to Love as God designed all of us to love.

Why? What can we expect when violence is entertainment, and hatred abides, and sick, dangerous people can have all the guns they want?

In our country there are 90 guns for every 100 people. Why? Because we have “Rights.” And the right to own guns clearly means more to some people than the right to life. And….there just ain’t no arguing with stupidity.

What are we called to do? I don’t believe Jesus would say, “Let’s sit back and hope the politicians make some reasonable decisions.” That would be like Jesus saying, “Well, maybe Pontius Pilate will end the violence.”

No. After his pulse stopped beating on that cross, a new awakening occurred. And some people who had heard him say “Follow me,” began to do different, to live a new way. A way of life grounded in loving EVERY neighbor and dedicated to making peace….to live in ways that can help usher in God’s realm into God’s broken, bleeding world. What are we called to do?

Will we do anything?