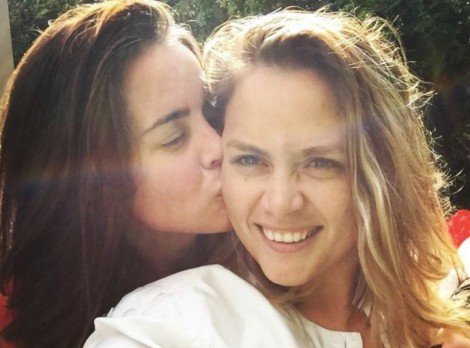 The administrators of Saints Peter and Paul Catholic School in Miami fired popular first–grade teacher Jocelyn Morffi because she married the love of her life and then posted wedding photos on social media. According to local media reports, Morffi, who has taught at the school for seven years, got married to her girlfriend of two years last weekend. She posted her wedding photos on Facebook, and on Thursday, she was fired.

The school’s principal, Carlota Morales, sent a letter to parents announcing the firing this week, NBC4i reported. A spokeswoman for the Archdiocese of Miami accused Morffi of violating her contract, which likely is a reference to a “moral turpitude clause”—a vague and subjective concept usually reserved for people who commit felonies or otherwise “shameful” behavior.

Moriffi responded to her firing by writing on social media, “This weekend I married the love of my life and unfortunately I was terminated from my job as a result. In their eyes I’m not the right kind of Catholic for my choice in partner.”

Several parents whose children attend the school reacted to Morffi’s firing with outrage and confusion. One mother described telling her son that Morffi would no longer be his teacher, and the boy cried. “You know, to be a Catholic, you’re taught to be forgiving. But if you’re gay, forget about it,” parent Cynthia Cini told NBC.

From: Jeb! And The Holograms

I’ve always been intrigued by LGB people who are out and pursue employment with, say, a Catholic school or any kind of religious entity.

Is it just lack of better options? Or any options? Or do they (foolishly) think that in their case, the church and its devout followers will look the other way because reasons?

Maybe she is a good and holy person who thinks following the Way of the Lord by passing on her love of Jesus is her calling. The Lord (“Rabbi” = Teacher) welcomed diversity and never had a problem with so called “sinners.” However, he regularly blasted the hypocrites, the religious leaders, you know, the ‘rule enforcers.’ Jesus was about mercy, forgiveness, and healing. As the institutional church focuses more on doctrine over the love of Jesus, we are telling good people that “our” Jesus is against you. That is shamefully wrong.

"To see the good truly is to desire it insatiably; not to desire it is not to have known it, and so never to have been free to choose it." ~ David Bentley Hart